Semiconductors are key components used in the manufacture of transistors, diodes and integrated circuits. As demand for high-power computing has increased, so has demand for densely packaged semiconductor devices. While in use, semiconductors generate a high level of thermal energy, and smaller packages make that energy more difficult to regulate.

When a semiconductor device or chip overheats, its functionality can slow down or fail completely, leading to data loss and system crashes. Traditionally, engineers have used air cooling systems to keep the temperature of electronic components under control. However, air cooling can no longer keep up with the heat generated by increasingly powerful and compact systems. Semiconductor liquid cooling offers an effective alternative for temperature control. Microchannel cold plates for semiconductors circulate coolant fluids with high thermal conductivity evenly over the entire heated surface of the chip.

Semiconductor chips can be either lidded or unlidded. In a lidded chip, a thermal
interface material sits between the die and a copper lid mounted to the back of
the die. In an unlidded chip, no lid or thermal interface material is present between
the die and the heat sink. Unlidded packages tend to produce lower junction
temperatures, with junction temperature being the maximum operating temperature
of a semiconductor, but both chip styles have their advantages.
We offer semiconductor cooling technologies that can accommodate the thermal management of
both lidded and unlidded chips.

Multi-chip modules integrate multiple chips into a single package. With more chips
in a concentrated area, you have more heat to dissipate. Our microchannel cold plates
can dissipate over 1kW/cm2 while keeping surface temperature and pressure drop to a minimum. 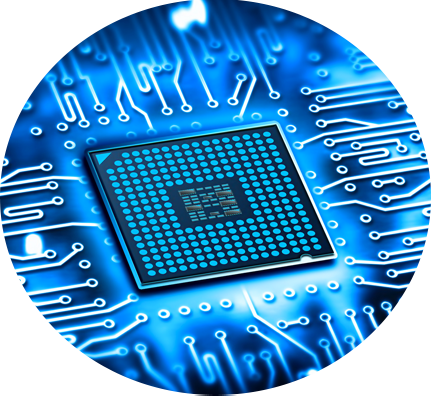 Also known as IC validation, functional testing determines whether an individual semiconductor chip works as intended in a test socket.

A system-level test evaluates how well a chip functions within a complete system by emulating the final user environment on a board.

Mikros can design and produce test heads for existing semiconductor test equipment to save companies on capital costs as higher power chips are released.

The thermal capacity of Mikros semiconductor cooling plates is very low, which allows for millisecond-level thermal response times as test profiles are applied.

The low thermal resistance of Mikros cold plates allow for higher power tests to be run on higher power chips, speeding the time to market for new semiconductor products. 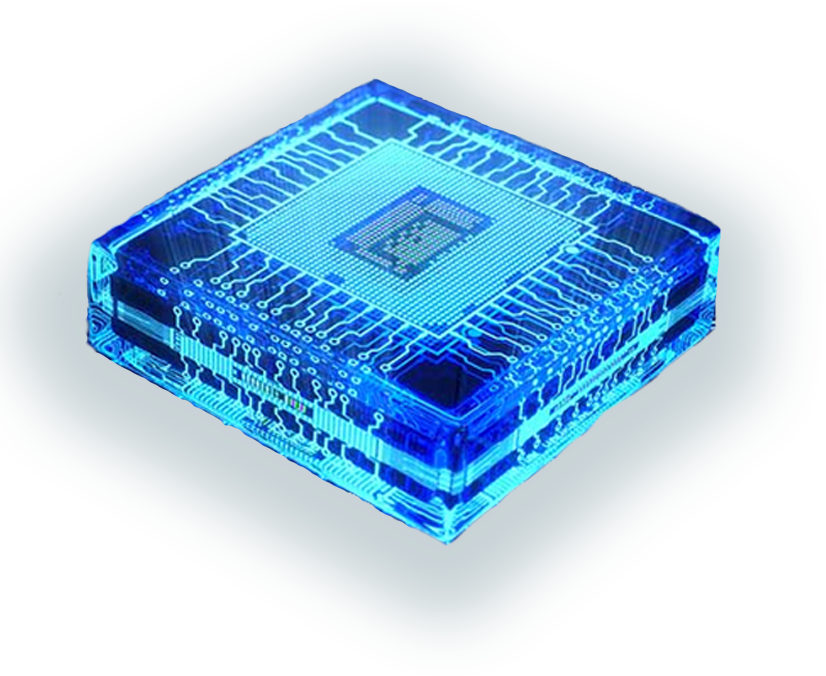 To accommodate the needs of our clients in the semiconductor industry, we often configure our microchannel cold plates
into a variety of complex topologies. Our cold plates increase system reliability by lowering junction temperature
and offer exceptionally low pressure drop, surface temperature rise, low thermal gradients and fast transients.
To learn more about the benefits of our semiconductor module liquid cooling reach out to us today.